A crew member on a cruise ship that was delayed in New Jersey after more than two dozen of its passengers were screened for the coronavirus was found dead on the ship due to what appears to be an unrelated cause, law enforcement sources say.

More than two dozen Chinese nationals traveling aboard Royal Caribbean’s Anthem of the Seas cruise were screened for signs of the new virus after the ship returned to Bayonne in New Jersey early Friday morning. Four were taken to a hospital out of caution.

On Saturday, two law enforcement sources told NBC 4 New York a 54-year-old crew member died on the voyage. Authorities do not believe the man’s death was related to the coronavirus, but are treating it with an “abundance of caution” as they await autopsy results.

Top news stories in the tri-state area, in America and around the world 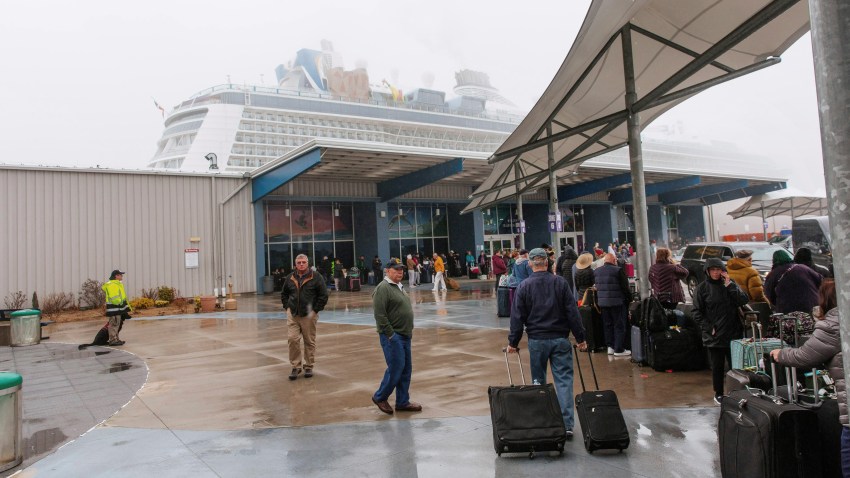 The crew member, a Filipino national, was found in an engine room last weekend, two sources said. His body was kept in a refrigerated compartment until the ship docked in New Jersey, according to the sources.

"We can confirm that local authorities were immediately notified after a crewmember who did not report for work was found deceased. We cooperated fully with law enforcement in their investigation and have been advised the death was non-suspicious," Royal Caribbean said in a statement.

Twenty-seven Chinese nationals were screened for signs of the virus after the ship docked in Bayonne Friday morning. The virus has sickened tens of thousands in mainland China and killed more than 700.

Royal Caribbean on Saturday said the four passengers were being tested by the CDC, adding that none of them "showed any clinical signs or symptoms of coronavirus."

"One had tested positive onboard for Influenza A," the company noted.

The Royal Caribbean cruise ship left Bayonne on Jan. 27, according to the itinerary, and returned Friday morning. It was supposed to depart again on Friday, but Royal Caribbean announced shortly before noon that the trip would be delayed.

The company initially said the cruise would depart at 5 p.m. Saturday with a shortened itinerary, but on Saturday said the departure would be pushed to Monday, Feb. 10.

"We are still waiting on the conclusive results from the CDC from their office in Atlanta, GA," Royal Caribbean said in a statement Saturday. "Unfortunately, due to the volume of tests they are conducting for Coronavirus, they will need the next 24-48 hours to complete the test."

The cruise said passengers who decide they no longer want to sail will receive "a full refund."

Bayonne Mayor Jimmy Davis told News 4 that none of the 27 people who were screened were from Wuhan, the epicenter of the virus, or had traveled there since the outbreak was first identified.

No one in New Jersey or New York has been found to have the virus, but one patient with symptoms was awaiting test results in New York City as of Saturday. Four previous tests from Manhattan and Queens were negative.

Watch a Mother Reunite With Her Deceased Child in VR - Futurism

Why your next TV needs ‘filmmaker mode’ - TechCrunch

Do you smell what Bezos is cooking? Amazon could buy the WWE, analyst predicts - CNBC

All Apex Legends hitbox sizes and how Revenant compares - Dexerto

This weekend's Snow Moon may or may not be a supermoon, because words have no meaning - msnNOW

Coronavirus super-spreader had no idea he had bug until he got home - Metro.co.uk

2020 Oscars Honest Trailer: The Academy May Have Seen Half of These Movies - /FILM

ViacomCBS is working on yet another streaming service - Engadget